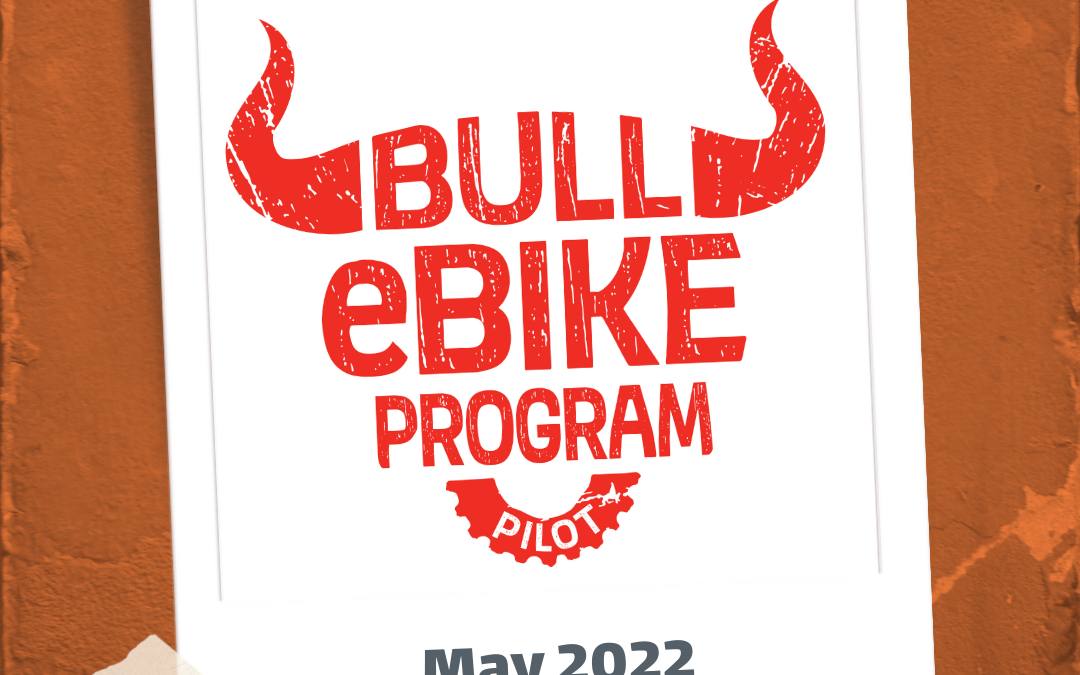 The journey of the Bull E-Bike Pilot is continuing to make progress in preparation for its launch in the Summer of 2022. The team has been working to develop the pilot by continuing to expand their knowledge of risk management and liability, exploring options to collect data with the National Renewable Energy Laboratory(NREL), working alongside the equitable engagement team, Bike Durham, and conducting the first video shoot with Shift Up Media.

The conversations with lawyers, micromobility companies, and other community e-bike programs, including Bicycle Colorado of Denver, Colorado, and See Change of Canberra, Australia, have opened the door to new opportunities for collaboration. Team member Doug Bright led the discussions and generated great insight from the

Can Do Colorado E-Bike Program began in the fall of 2020 with a mini-pilot of 13 participants in Denver. Since then, the state-funded program has expanded to pilots in five cities and two funded by the City of Denver, with various models being tested. The state-funded pilots measure their impact with a mobile app (and supporting infrastructure) developed by NREL.

The app passively tracks trips and then asks participants to identify the mode used, the purpose of the trip, and the mode they would have used otherwise. Upon reaching out to NREL to learn more, we discovered they were designing a version of the system for easy use by municipalities like us. We’re excited to be one of the first programs to use this software to understand the impact of e-bike access on travel behavior.

Additionally, in May, the team continued working alongside the equitable engagement team, Bike Durham. The team has led efforts to increase awareness of the Bull E-Bike Pilot by passing out flyers and promoting the interest form in English and Spanish with local businesses and employees across Downtown. The specialists are also working to formulate focus groups to learn more about the population’s transportation needs the pilot is designed to reach. Last week, the team met with

Downtown Durham, Inc. (DDI) President Nicole J. Thompson to share updates on the pilot and request support in connecting the team with businesses across Downtown. The relationship with DDI will play a vital role in the advancement of the pilot by increasing access to businesses and their employees who can best benefit from the pilot.

The pilot’s videographer, Arleigh Greenwald of Shift Up Media,

created the first of many videos for the Bull E-Bike Pilot’s media campaign. The first video provided the pilot’s participants with safety tips for biking across Durham. The team was fortunate to have 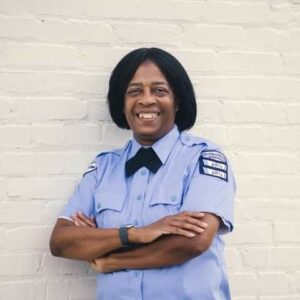 Deborah Franklin as the bike model for this video. Deborah has an extensive background and passion for additional modes of transportation as a bus driver with the Charlotte Area Transit System, a League Certified Instructor (LCI), and an owner of her own bike mechanic company. Her accolades and involvement do not stop there; she also dedicates her time to educating the community as an instructor for the Bicycle Friendly Motorist class. All of her experiences as a passionate cyclist reflected positively on camera on Arleigh’s lens, as she, too, is a passionate advocate for bike safety and mobility.